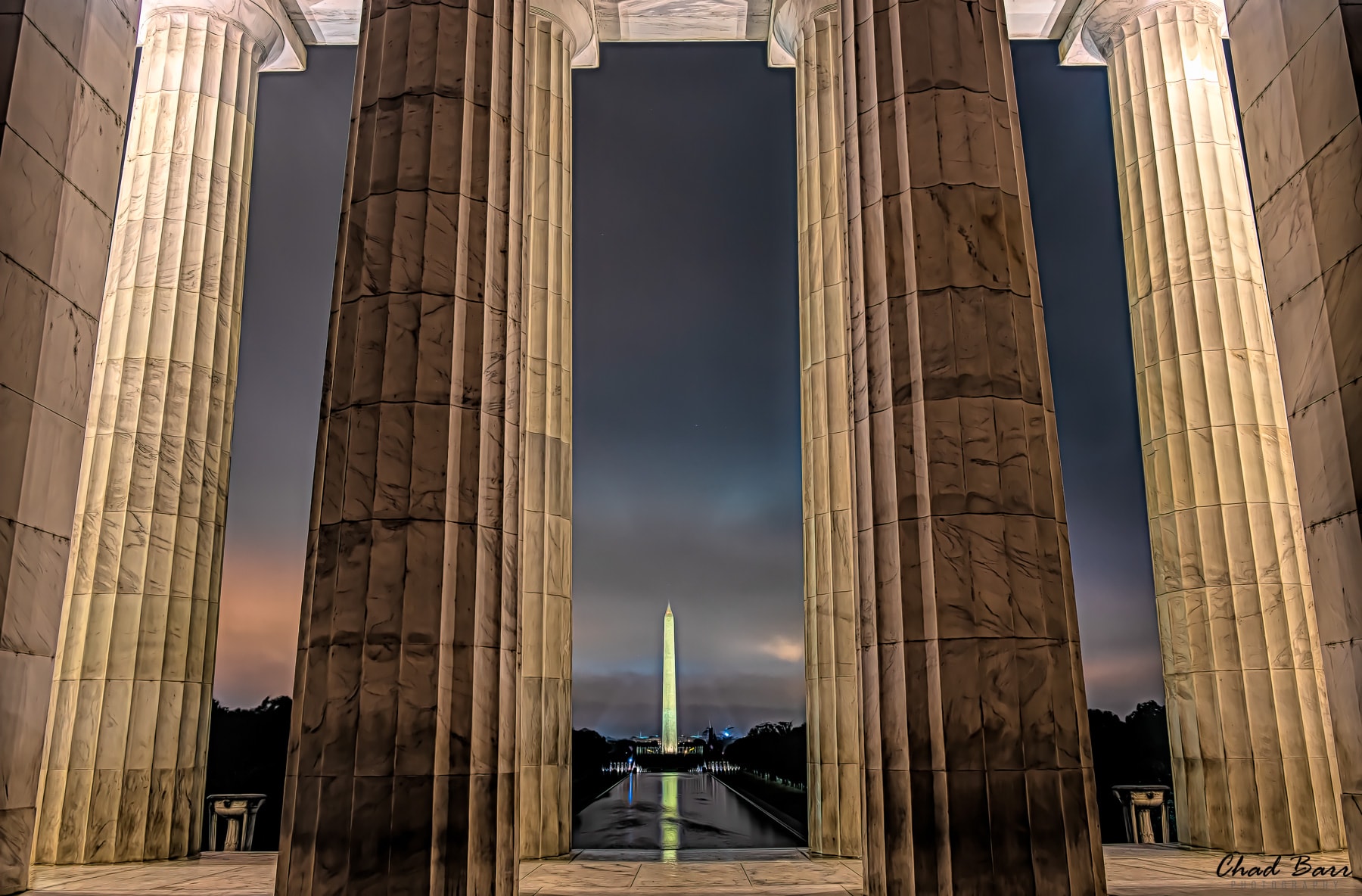 Laurel and I took a road trip to Duck, North Carolina this past week, where she officiated a wedding of a former student and his new bride. Generally, we would fly, but without any direct flights and the need to rent a car to drive the 2 hours to the nearest airport to the resort in Duck, we figured it would take about the same amount of time. Thankfully, we decided to stop on the way in Washington DC after we spent hours on the road driving through torrential rainstorms, which delayed our arrival. We finally checked into the hotel at 10 pm and though it was still raining, I ventured out around 11:30 pm to see the sights and wonderous monuments around the city.

The streets surrounding the Lincoln memorial were eerily empty and quiet, so I parked quite nearby and dragged out my photography gear. There were a few adventurous tourists like me, clad in rain ponchos and umbrellas, soaking in the grandeur of the city. I ascended the steps to get closer to the gargantuan, seated Lincoln, and set up my tripod. Flooded with emotion, I took my time to carefully get my settings just right. I felt so tiny in the presence of the giant Lincoln, thinking of the impact this great president made on the country during a time of such strife and hatred.

The Washington monument, the breathtaking obelisk built in honor of George Washington stood directly in the distance. President Washington, founder of this nation, and President Lincoln, who preserved it, righted it, and shaped the course of a new nation, weighed heavily on my mind as I captured the images around me. How profound an impact each one had in making this country a beacon of hope, land of opportunities and a haven of safety for everyone. As an immigrant myself, it always touches me to think of this country as the land that granted life and liberty to millions like myself.

In the midst of my thoughts, a monument park ranger tapped me on the shoulder and reminded me that tripods are not allowed on the hallowed steps. Thankfully, I had gotten the shot I wanted and quietly packed up still reeling with emotion. The pouring rain didn’t dampen my spirits but reminded me that the little inconveniences in life are just that, inconveniences.

Through the darkness, I saw a new light, one that will shine on no matter the weather, the politics or challenges that face us as a nation.